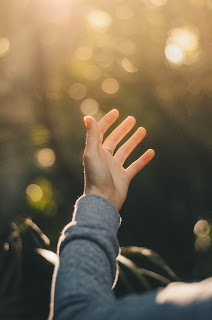 A Purpose Driven Life Chapter 2 - You Are Not an Accident

Chapter Overview:  You are not an accident. God made you specifically for a reason and a purpose.  There are no illegitimate children, only illegitimate parents.
A professor in New Zealand states that based on what can be observed in the universe, it has been made to support life, and specifically man.

Probably the statement that struck me most about this chapter was 'God is love' and how Rick compares/contrasts that with 'God has love'.  They mean two very different things.
I struggle with God's sovereignty.  See this 'article' I wrote a few years ago....  circa 2005

Thoughts About the Sovereignty of God
Maybe when you were growing up, you played with a game called a Labyrinth. It had a steel ball that you had to navigate through a maze by means of two dials on the sides of the game. Sometimes I feel like I'm the steel ball and I don't know where I'm going in life or what I'm doing here. When I get really frustrated or 'lost' in a sense at a dead-end, I find I often start to blame God. 'Why do other people seem to have it so easy, God.... Why do I feel like I'm stuck in this set of circumstances and I can't get out .. serving you sure make my life a lot more difficult' etc.

God speaks to people with attitudes like this in a couple of books in the bible. Its interesting too, because both texts begin with the same example from Genesis - 'Jacob I loved, Esau I hated.'  Romans starts like this in chapter 9, and it goes on to say in the living translation.. 'And God said this before the children were even born, before they had done anything either good or bad. This proves that God was doing what he had decided from the beginning; it was not because of what the children did but because of what God wanted and chose.'

Whoa. Is that fair? Sounds almost like pre-destination to me.

Listen to the writer continue in Romans... 'Was God being unfair? Of course not. For God has said to Moses, "If I want to be kind to someone, I will. And I will take pity on anyone I want to." And so God's blessing are not given just because someone decides to have them or works hard to get them. They are given because God takes pity on those he wants to.'

Wow. So couldn't I say then that its not fair for God to blame me for the bad things I've done. Haven't I just done what he made me do?

'No don't say that.' the writer in Romans says (chapter 9 verse 20). 'What are you to criticize God? Should the thing made say to the one who made it, "Why have you made me like this?" When a man makes a jar out of clay, doesn't he have a right to use the same lump of clay to make one jar beautiful, to be used for holding flowers, and another to throw garbage into?'

Ouch. I was thinking a bit more about this, taking this train of thought... 'Well its easy for God to write in the bible like that. With the exception of a prophet or two in the old testament, most of the characters in the bible had happy endings to their stories. They turned out to be heros, or God blessed them in some way or another. So really, the bible is about people who God had pity on and decided to turn into beautiful flower vases.'

Then God reminded me of a book I had read some time ago by Gene Edwards called 'The Prisoner in the Third Cell'. The main character is John the Baptist. He was definitely chosen by God, but his life was no walk in the park. He grew up in the desert, and knowing that he was called by God, stayed in the desert, restricting his diet to nothing I would eat. Then he began his ministry, preaching and baptizing, knowing that he was preparing the way for 'the bridegroom'. Once Jesus came on the scene, it wasn't too long before John was thrown in prison. And there he asks a sends one of his disciples to ask Jesus a telling question. 'Are you really the Messiah? Or shall we keep looking for him." Jesus doesn't try answer John personally, and doesn't even give John a straight answer, which culminates with 'Blessed is the one who does not lose faith in me.' A few days later, John was beheaded.

Jesus called John the Baptist 'the greatest prophet that ever lived'. (is that true?  I need to check)  If it is true, wouldn't it be interesting if he is the 'balancing story' to that of Jesus?
The Sovereignty of God. We certainly don't sing about it much these days. Its not really a message that gives me the warm fuzzies all over.

I think C.S. Lewis understood this when he used Aslan as an allegory/analogy to God in his books about Narnia.  More than once he makes reference to Aslan as 'not being a tame lion'.  In other words, you can't predict what he's going to do all the time.  He isn't and can't be trained to do what you want him to do.

PBS came out with a movie a couple of years ago called God on Trial.  It was about a group of jews who are in a concentration camp during WWII and how they decided to put God on trial for abandoning them.  Is God being who He said He would be to them?

Malachi was the other book in the bible that talks about God's sovereignty, also starting with Jacob and Esau. Chapter 3 ends with some poignant thoughts that seem to echo the thoughts I hear sometimes in my head. 'It is foolish to worship God and obey him. What good does it do to obey his laws, and to sorrow and mourn for our sins? For now on, as far as we're concerned, "Blessed are the arrogant." For those who do evil shall proper, and those who dare God to punish them shall get off scott-free.'

Of course, the book doesn't end that way. But sometimes it seems like some days of our lives do end like that. And you know what: be encouraged. Even if you do have days that end with thoughts going through your head similar to the people that Malachi was writing to, at the end of it all, 'the Sun of Righteousness will rise with healing in his wings.' I also take encouragement from a verse Romans 'It God's kindness that leads us to repentance'. It gives me a reason as to why people who don't currently acknowledge God seem to have it so good. And finally, keep the faith. Don't let your current trials push you away from God. Remember the seed that fell on the good soil, and then let the worries and cares and trials of this life (the weeds) choke it. Romans chapter 9 ends with a reminder that the Jews 'stumbled over the great stumbling stone.' And what was that? 'They were trying to be saved by keeping the law and being good instead of by depending on faith ... Those who believe in Jesus will never be disappointed'.

If I put these thoughts in the light of 'God is love' - every decision and turning point in your life God allows to happen for a reason.  He's moulding you into who He wants you to be - it makes me feel more comfortable with God's sovereignty.  The author talks about this in chapter 2 as well.  Every thing that has happened to you, that has made you who you are, good and bad, God has allowed to happen to.  Its like the refiner's fire - burning off the impurities.  I have to learn to trust Him.

Chapter 2 in Purpose Driven Life - I am not an accident. God uniquely created me. What are areas of my personality, background, and physical appearance that I struggle to accept?  Complexion. Slight stature. This 'deferring lack of leadership' personality. I don't communicate well. I not eloquent.

The closing question for this chapter was: 'I am not an accident. God uniquely created me. What are areas of my personality, background, and physical appearance that I struggle to accept?'  And the verse that went with it was 'I am your creator.  You were in my care even before you were born.' Isaiah 44:2
I struggle to accept these different areas of myself (see my comments above) because of what I think other people think about me.  Their perceived lack of acceptance of me is my problem.  I need to stop focusing on these silly assumptions of what I think other people think about me, and focus on what God thinks about me.  He cared about me even before I was born.  He will carry me, sustain me, and rescue me from birth all the way through to old age (Isaiah 46:3-4).  If I am part of His plan, and He has a plan for me (still, at this age), I need His help to hear and be obedient to what that plan is...
For background on what these 'Purpose Driven Life' posts are about, click this link.