What is your definition of sin?

shouldn't do.  Many of us have a set of 'rules' in our minds that we follow - call them morals, your conscience, etc.  If we cross those boundaries, we feel guilty inside.  To me, crossing those boundaries equates to sinning.

But is it really sinning?  What does God define as sin?  I've had some challenging questions cross my mind on this lately, and I'll pass them on to you.

Sampson is a great hero of the Old Testament in the Bible.  Even before he was born, his parents knew he was going to be special. An angel visited them and commanded that he was to be raised a Nazarite.  Nazarites had even more stringent rules to follow that the Israelites.  They weren't allowed to cut their hair, eat or drink anything that came from a vine, and they had to avoid contact with dead bodies - in addition to all the other rules found in Leviticus, Numbers, and Deuteronomy!  Nazarites were hard-core!  This is the way Sampson grew up.

The interesting thing is, the very first thing that Sampson does as he begins his exploits is take a Philistine wife.  This was a definite no-no according to God's law.  Yet Judges says in 14:4 that "Sampson's father and mother didn't realize that the Lord was behind the request, for God was setting a trap for the Philistines, who at that time were the rulers of Israel."

Sampson was certainly no shining example of how to live a life for God. Looking at the account of his life in Judges, one could easily conclude that he violated his Nazarite vow and God's laws on a number of occasions, was controlled by sensuality, and used his gifts and abilities unwisely.  Yet, in the faith chapter in Hebrews 11, Sampson is called one who "...trusted in God and ...received what God had promised."  So how do I reconcile the things he did during his life with his calling, and what I find in Hebrews 11?  How come God's opinion of Sampson (I would say that is what we find in Hebrews) is what it is?

Another example.  We all know a lot about the story of David, so I won't go into it in detail.  But consider what David does when he's chased by Saul.  In 1 Samuel 21, David goes to the city of Nob to see Ahimelech, the priest. David lied when the priest asked about why David was there, and then David took the Bread of the Presence for his men to eat.  This was consecrated bread which only priests were supposed to eat.  Technically two sins: the lie, and taking/eating the bread. 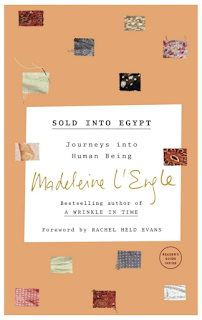 Curiously, Jesus used this story about David as an example when his disciples were accused of breaking the law (sinning) because they were picking grain on a holy day, the Sabbath.  Madeline L'Engle in her book Sold Into Egypt, made a comment referencing this circumstance, which in turn, served as the catalyst for the compilation of thoughts in this post.  She said, "Jesus was sinless not because he didn't do wrong things:  he broke the law, picking corn, for instance, on the Sabbath."  L'Engle goes on to say, "Jesus was sinless because He never for a moment separated from the Source."

There is an interesting verse in Paul's book to the Romans.  He makes quite a simple statement actually, saying (14:23) '..whatever is done without faith is sin.'  So if I truly believe I should do something, I'm all good.  But believing isn't enough.  I actually need to DO it.  James 4:17 says: "Therefore, to him who knows to do good and does not do it, to him it is sin."  Its a faith/conscience mindset as well as trying to stay in constant contact (communion) with God.  I have to trust that His Spirit of Truth will lead me into all truth.  Trust that God will continue to hold me in His hands even when I make inadvertent blunders that others could consider 'sin.'

I sometimes seem to ignore/tolerate certain 'wrong things' like lying, and eating bread you weren't supposed to.  A discussion like this maybe isn't such a big deal.  Change the context of the conversation a bit, and suddenly this discussion takes on a whole new perspective....

What about abortion?   What about gay marriage?  Do people choose to do these things even when they know they are wrong?  Is it still wrong when they believe its the right thing and they don't know any different?  Am I sinning by judging them?

Honestly, I haven't thought all that through.   Its definitely good food for thought.  There's a lot I haven't covered here.  Wrapping it up, Paul says in Romans "For all have sinned and fallen short of the glory of God."  That includes me.  I need to receive AND extend God's grace and forgiveness.  And I need to trust that He will show me the things He wants me to do, and the things He wants me NOT to do....  and then be obedient.  Easier said than done sometimes.

My Struggle With The Sovereignty of God (2006)

Maybe when you were growing up, you played with a game called a Labyrinth.  It had a steel ball 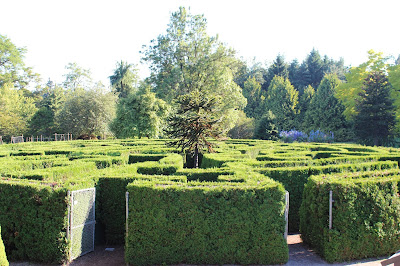 that you had to navigate through a maze by means of two dials on the sides of the game.  Sometimes I feel like I'm the steel ball and I don't know where I'm going in life or what I'm doing here.  When I get really frustrated or 'lost' in a sense at a dead-end, I find I often start to blame God.  'Why do other people seem to have it so easy, God....  Why do I feel like I'm stuck in this set of circumstances and I can't get out.. serving you sure make my life a lot more difficult'  etc.

God speaks to people with attitudes like this in a couple of books in the bible.  Its interesting too, because both texts begin with the same example from Genesis - 'Jacob I loved, Esau I hated.'  Romans starts like this in chapter 9, and it goes on to say in the living translation..  'And God said this before the children were even born, before they had done anything either good or bad.  This proves that God was doing what he had decided from the beginning; it was not because of what the children did but because of what God wanted and chose.'

Whoa.  Is that fair?  Sounds almost like pre-destination to me.

Listen to the writer continue in Romans... 'Was God being unfair?  Of course not.  For God has said to Moses, "If I want to be kind to someone, I will.  And I will take pity on anyone I want to."  And so God's blessings are not given just because someone decides to have them or works hard to get them.  They are given because God takes pity on those He wants to.'

Wow.  So then it seems like I could say that its not fair for God to blame me for the bad things I've done.  Haven't I just done what He made me do?

'No don't say that!' the writer in Romans says (chapter 9 verse 20).  'What are you to criticize God?  Should the thing made say to the one who made it, "Why have you made me like this?"  When a man mades a jar out of clay, doesn't he have a right to use the same lump of clay to make one jar beautiful, to be used for holding flowers, and another to throw garbage into?'

Ouch.  I pondered this a bit more, taking this train of thought...  'Well its easy for God to write in the bible like that.  With the exception of a prophet or two in the old testament, most of the characters in the Bible had happy endings to their stories.  They turned out to be heroes, or God blessed them in some way or another.  So really, the Bible is about people who God had pity on and decided to turn into beautiful flower vases.' 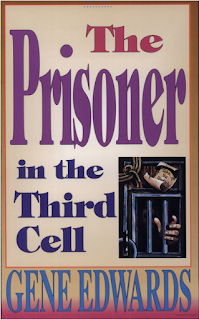 the Third Cell'.  The main character is John the Baptist.  He was definitely chosen by God, but his life was no walk in the park.  He grew up in the desert, and knowing that he was called by God he stayed in the desert, restricting his diet to nothing I would eat.  Then he began his ministry, preaching and baptizing, knowing that he was preparing the way for 'the bridegroom'.  Once Jesus came on the scene, it wasn't too long before John was thrown in prison.  And there he gets one of his disciples to ask Jesus a telling question.  'Are you really the Messiah?  Or shall we keep looking for him." Jesus doesn't try answer John personally.  He says, in not so many words - look at what I'm doing - and finishes his answer with 'Blessed is the one who does not lose faith in me.'  A few days later, John was beheaded.

The Sovereignty of God.  We certainly don't sing about it much in church.  Its not really a message that gives me the warm fuzzies.

Malachi was the other book in the bible that talks about God's sovereignty, also starting with Jacob and Esau.  Chapter 3 ends with some poignant thoughts that seem to echo the thoughts I hear sometimes in my head.  'It is foolish to worship God and obey him.  What good does it do to obey his laws, and to sorrow and mourn for our sins?  For  now on, as far as we're concerned, "Blessed are the arrogant."  For those who do evil shall proper, and those who dare God to punish them shall get off scot-free.'

Of course, the book doesn't end that way.  But sometimes it seems like some days of our lives do end like that.  And you know what?  Be Encouraged!  Even if you do have days that end with thoughts going through your head similar to the audience that Malachi was writing to, at the end of it all, 'The Sun of Righteousness will rise with healing in his wings.'  I also take encouragement from a verse Romans 'It God's kindness that leads us to repentance'.  It gives me a reason as to why people who don't currently acknowledge God seem to have it so good.  And finally, keep the faith.  Don't let your current trials push you away from God.  Remember the seed that fell on the good soil, and then let the worries and cares and trials of this life (the weeds) choke it.  Romans chapter 9 ends with a reminder that the Jews 'stumbled over the great stumbling stone.'  And what was that?  'They were trying to be saved by keeping the law and being good instead of by depending on faith ... Those who believe in Jesus will never be disappointed'.
at January 08, 2019 No comments: