My second overseas trip was to Europe.  Many of my friends had already been to or lived in Europe in some form or fashion.  I had heard their stories and was itching to get there myself.  I had several reasons for going:

My trip lasted from the middle of December 1993 to April 1994.  I spent the Christmas holidays with Ewa's family and had a great time with them.  In the middle of January, we travelled to Warsaw so I could get Visas for my other trips.  At that time I needed Visa's for my stay in Latvia as well as a transit visa for my passage through the Czech Republic to Austria.  However, when I stopped at the Canadian Embassy in Warsaw to ask a question, they examined my passport and asked me (really, they politely confiscated my passport and told me) to get a new one.  It turned out that the lamination on the ID page of my passport was coming off. 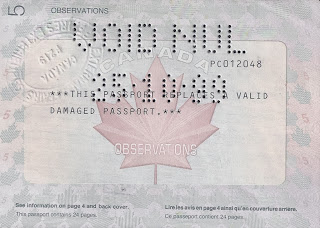 They said passport could look faked because of the delamination and as a result it could get confiscated at a boarder crossing.  Suddenly our time in Warsaw got much busier.  I had to get a new passport photos, a new passport, a new Polish Visa, and then get my Visa's for the other countries - all in a week. This was rather frustrating as it cost extra money and time to do all of this.
Looking back, I can definitely see that God was looking out for me(!) in getting that passport fixed.  It would have been terrible to ride on a bus for several hours only to be turned away at a border crossing because the main page of my passport was delaminating.  In retrospect, I was also very grateful to have several extra days in my schedule, and Ewa's availability and help as a translator and guide to deal with that situation. 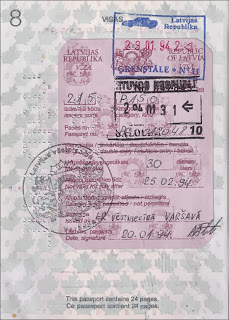