In early February 2011 or 2012, I was drawn to read about David, and his life and times in the Bible.  I'm trying to remember why, but I can't right now, so it mustn't be that important.

What has been sticking in my head as I was reading psalms that he wrote, and different things that happened to him is:

What made him different? 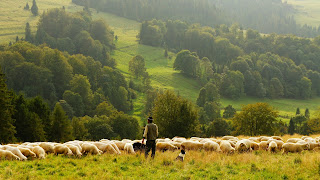 How did he get to know God the way that he did?  What influenced him as a shepherd boy to stand up to Goliath the way that he did?  Remember, he didn't have the whole Bible to read like we did.  I wonder if he even had access to a Book of the Law to refer to when he came home from looking after the sheep.

Where did he get the inspiration to write some of the psalms the way that he did?  If I were to write about my relationship with God, what would it read like?

What kind of person goes after a lion or a bear and takes away its food?  Living close to the mountains here in Calgary, we are often told to stay as far away as possible from a bear with fresh kill.  David doesn't use his slingshot.  He 'seizes' the animal by its 'beard' and strikes it and kills it.

What did David see in God's word (what there was of it then) that made him pen the longest psalm in the Bible about it?  Is there something he saw in Deuteronomy, Numbers, and Leviticus that I haven't seen?
at February 08, 2018