Ewa and I knew that I would not be in the printing business the rest of my life.  The job at Webco in Leduc, Alberta was shift work, dangerous (lots of pinch points and heavy lifting) and many times I came home with my lunch uneaten because we worked straight through the day.  I was quite skinny and both Ewa and my Mom didn't like the way I looked.

But how to do a career change with two dependents and a house mortgage?  I didn't have a good answer to that question until my brother did a career change himself.  He always wanted to be a policeman and got a degree in criminology, but still wasn't hireable (at least at that time) because his eyesight wasn't good enough.  He decided to look for opportunities in a different career and discovered that he could transition to software development with a school in Calgary in 9 months.  When I saw the job offers he received when he finishing that school, you could've knocked me over with a feather.  I spoke to Ewa about it.  We prayed, and decided that I'd apply to the school and we'd see how things went.

One of the minimum requirements of the school was a university/college degree, something I didn't have.  I was told I could alternatively write an essay to justify my case for applying without a degree to have that requirement waived.  With God's help, I accomplished that successfully.

Then there was an exam requirement, which had to be written in person.  Again, with God's help I successfully got over that hurdle with apparently one of the highest scores they'd ever seen.

We sold our house in Edmonton and moved to Calgary so I could start school, using what we made on the house towards school tuition.

I immensely enjoyed this new education, and worked hard to learn everything I could.  Unfortunately, two thirds of the way through the course, the school itself went bankrupt!  E&Y, the company that handled the bankruptcy, kept 3 of the 9 schools across Canada open and running so all the existing students could finish their schooling so long as they temporarily moved to those cities which still had schools open.  So I ended up wrapping up my schooling in Vancouver that fall and, with God's help, was awarded the 'School Spirit' award for my class. 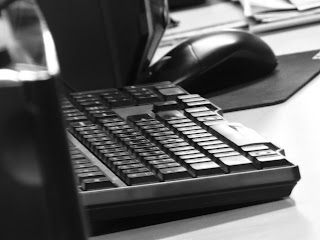 My schooling wrapped up in the fall of 2001, which was in the middle of the first major 'dot bomb' of the tech market.  No one wanted to invest money in software and technology after Nortel and other large .coms had gone belly-up that year.  Unlike my brother's easy road to work after school, I was did not find a full-time software job until 10 months later.

Those were the longest 10 months of my life, with a 3 year old and a pregnant wife depending on me.  I questioned God, sometimes bitterly, during that time.  I struggled in my relationship with Him, my expectations of how He would/should provide, and issues I had with entitlement in that season.  It took me years to get over some of the feelings of abandonment and hurt I experienced.  That said, 10 months later, when it seemed there were no software jobs out there for unexperienced junior software developers, I got a phone call and an interview with a large software consulting firm in Calgary called CGI.  Here's an excerpt from my journal some time later...

As of Aug. 12, I have been working with my new employer – CGI.  Again, it was totally a God thing how I got that job.  The human resources manager, Cara, saw my resume on workopolis.com where there are thousands of resumes.  She gave me a call in late June I think, and I had a ‘pre-interview’ with her about a week later.  ‘Pre-interview’ because she didn’t have a job position that she could hire me for at that point and time.

She called back with the opportunity of a real interview for a real job.  Of all the crazy things, I misunderstood the directions for the location of the interview, and thought the office was downtown.  The interview was at 2:00 and at 1:53, I realized I was 60 blocks too far south.  So I called her and left a message to say that I would be late.  Twenty minutes later, I show up.  She appreciated that I left a message and the interview went well, except that I felt unorganized – I didn’t have my documentation that I thought I had, and I forgot to give her the references that I brought with me.

Anyway, God gave me favour with her, because she kept my resume on the top of her Java pile, and around the end of July (I had already started working framing houses with Steve Sutherland by this time) she called me up to arrange a technical interview.  I made the arrangements talking on the cell phone in the roofing trusses of a house.  I found out I had the job soon after the technical interview and boy was I elated.

Ewa thought it was interesting that I got this job pretty much the same way I got the job with Webco – they found me and called me, I didn’t call them.  It was a God thing.  I’m using totally the technologies and methodologies that I was hoping for.

God's provision for us!

And my God will meet all your needs according to the riches of his glory in Christ Jesus
Philippians 4:19