Unfortunately, I didn't write an actual journal entry about this event at the time.  It happened before March 1990. I was 'busy.'  I had an assignment to read I & II Samuel, I & II Kings, and I & II Chronicles, and I had a friend who had given me a cassette tape of 'new' worship music to check out.  I thought 'why not kill two birds with one stone and do both at the same time?'  I did exactly that on my top bunk in my dorm room at college late at night, with no expectation of anything.

The worship music I was listening to turned out to be the first Maranatha Praise Band album.  It was quite a bit better than I was expecting.  Songs like 'Jesus, Mighty God' and 'Lord I Life Your Name on High' played as I read, and I was actually enjoying myself.  Things changed when I got to II Samuel 6:14 where David is bringing the Ark of the Lord into Jerusalem and dancing before the Lord 'with all his might.'  The song that was playing on the cassette when I read that was 'The Lord Reigns.'  At the end of the song the band sings 'Bless the Name of the Lord' repeatedly while the band continues to build and I had this picture in my mind of David dancing before the Lord with all his might, kicking up dust, sweating like crazy, out of breath. 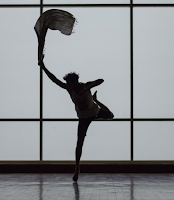 I stopped reading and re-winded the song (I didn't have a CD player).  I listened to the song again and read that passage again and asked myself the question:  'What would it be like to worship God, to dance before Him, with all my might??'

Worship changed for me that day.  God opened my eyes to see a different perspective of what worship was.  Before that, it was songs that we sang in church before a sermon.  Some were fast, some were slow, and most of them talked about God.  After that evening of reading, I slowly began to realize that worship is so much more than that.  Its a connection between God and myself.  It me recognizing who God is, and my place in His scheme of things.  Its wonder, exuberance - so much more than just singing about God.  Its getting my mind and my heart... and my strength involved.

I rarely get to that place of worship where David was.  I'm not really sure I've even been in that zone that David was in.  But I want to be one day.  I want my love and exuberance for God be stronger than my fear of what people will think.  And worship God with all my heart, soul, mind, and strength.