My Testimony - How God Drew Me to Himself 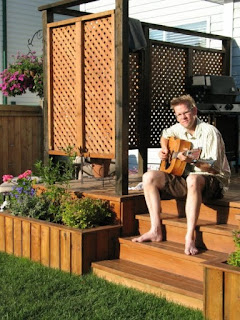 Everyone is likely familiar with the story of the prodigal son.  The younger son of a well off farmer who asked for his inheritance early so he go and explore the world to find friends, fortune, and fun.  He loses all his money and ends up destitute, broke, and alone. Getting a job slopping pigs (a lowly job for a Jewish boy) he wishes he could be a servant in his father's house because he would be treated better there.  He decides to go home and ask for forgiveness and an opportunity to be a servant.  His father, seeing him returning, jumps for joy and welcomes him home with open arms and a feast.

My story probably closer parallels the older brother in this same parable.  Coming in from the fields after working that day, he saw a party going on and asked what was happening.  When he heard what was going on, he  “... stalked off in an angry sulk and refused to join in. His father came out and tried to talk to him, but he wouldn’t listen. The son said, ‘Look how many years I’ve stayed here serving you, never giving you one moment of grief, but have you ever thrown a party for me and my friends? Then this son of yours who has thrown away your money on whores shows up and you go all out with a feast!’ His father said, ‘Son, you don’t understand. You’re with me all the time, and everything that is mine is yours—but this is a wonderful time, and we had to celebrate. This brother of yours was dead, and he’s alive! He was lost, and he’s found!’” Luke 15:29, 30

My Story, in a Nutshell

The summer after my first year of college I wasn't entirely sure what direction I was going to take.  I was tree planting to make money for school and I ended up contracting a skin problem that got infected.  The infection made it painful to move and basically laid me up in bed for 6 weeks.  If you've ever been immobilized for a length of time, you have an idea what I was dealing with.  I did a lot of soul search during that time. I filled page after page in my journal with questions about healing, why this was happening to me, what was God's direction for my life and more.  I re-committed my life to God that summer and began to truly live for Him.  I left home and went to Texas to do a Discipleship Training School and work for God.  I lived there for almost 4 years, met my wife, and then moved to Warsaw, Poland and worked with the church there for year.

"In this world, it won't always be easy..."
John 16:33b "...In this godless world you will continue to experience difficulties. But take heart! I’ve conquered the world.”   God wasn't finished with me yet, He was just getting started.  After various ups and downs over the years, and trying our best to serve God with what we had, my wife and I made a big life decision.  It was time for a career change.  We sold our house and moved with our young daughter to Calgary and I went to school while we lived off of our student credit line.  I fully expected God to provide a job for me when school was done.  School finished Oct 2001 - just after 9/11 and the technology 'dot-bomb' stock crash.  There were no jobs in IT to be found.  Even the school I had gone to went into receivership.  I actually had to finish school in Vancouver, BC.  After school was done we spend 10 months living off of what was left of our student credit line and I had to start work framing houses just to make ends meet.  I wasn't eligible for Employment Insurance because I had quite my previous job to go to school.

Our dream had collapsed.  My wife was pregnant with our second child and we were nearly broke.  This was a very trying time for our marriage in every way.  I didn't understand what God was doing on pretty much every level of my life - my marriage, my job (or lack of it), my finances, etc.  Why were we in this situation?  I thought I was a responsible guy.  I was a good Christian.  Surely God would see my situation, move on my behalf, and do something miraculous.  After all, didn't I deserve it after how I had served him full-time all those years?  And yet, there I was jobless, hopeless, and practically faithless.  Our son was born in the middle of this and he had to be in the Children's Hospital for a while.  My wife had postpartum depression for sometime afterwards.  It was a difficult.  Being a Christian doesn't protect you from hard times.  I won't deny it - my trust in God faltered during that time, and did not recover easily afterwards.

Entitled is defined as: believing oneself to be inherently deserving of privileges or special treatment.  One of my project managers from the past had a saying that we all thought was funny - "I am entitled to my entitlements"  I didn't really think about it at the time, but my relationship with God operated on that level for many years.  I grew up in the church.  I played piano for church services since I was 13 or so.  I tried my best to be a good christian boy, doing and believing what was expected of me.  I volunteered with a Christian Missions organization for several years, working literally for free, for God. Unfortunately, I think that led to me thinking I was somebody special - entitled if you will - in God's eyes.  Wouldn't God reward me for being this way?  Wouldn't He give me some special calling because I tried to live for Him like this?  I had a lot of lessons to learn.

Jesus told the parable of the prodigal son together with two other parables (the lost sheep, and the lost coin) to get a point across to the pharisees and teachers of the law: God's heart for the lost.  Reckless love - a love that bankrupt heaven, was utterly unconcerned for its own well-being.  He leaves the 99 sheep to save the one lost sheep.  That kind of love doesn't make sense, practically speaking.... until you think about it like this...
My son got lost in the largest mall in Calgary several years ago.  My wife and my daughter were beside themselves looking for him.  They called security.  They were frantic, looking everywhere for him.  Never once did the thought cross my wife's mind that 'Hey, we still have 75% of our family intact.  That's still pretty good'  Love doesn't think like that.

Pharisees tend to think that way, though.  They thought that if God were to visit Israel, he'd spend time hanging out with them, not the 'sinners' that Jesus was spending time with.  They didn't understand the heart of God.  They had an entitled perspective, like the older son in the story.  Like me.  I needed to realize that good things done with pride, or even out of a sense of duty, don't have the currency with God that I thought they did.

..And yet, in the midst of my hurt, disappointment, fear, pride,  I can testify to God's loving patience with me.  He hasn't given up on me.  He patiently waits for me to make new steps in trusting in Him.  I reluctantly do so.  God has 2 sheep dogs that follow me - Goodness, and LovingKindness.  Romans 2:4 says "it's God's kindness that leads us to repentance".  He still speaks to me, sings over me, laughs at me (in a good way) and takes pleasure in me as I appreciate his creation.  He even does little surprises for me and uses me to do little miracles from time to time.  And when that little entitled pharisee in me gets noisy, God does what He has to to shut him down so I can continue forward on His direction for my life.

Find another blog post with a different perspective on my testimony here (published May 7th, 2018)